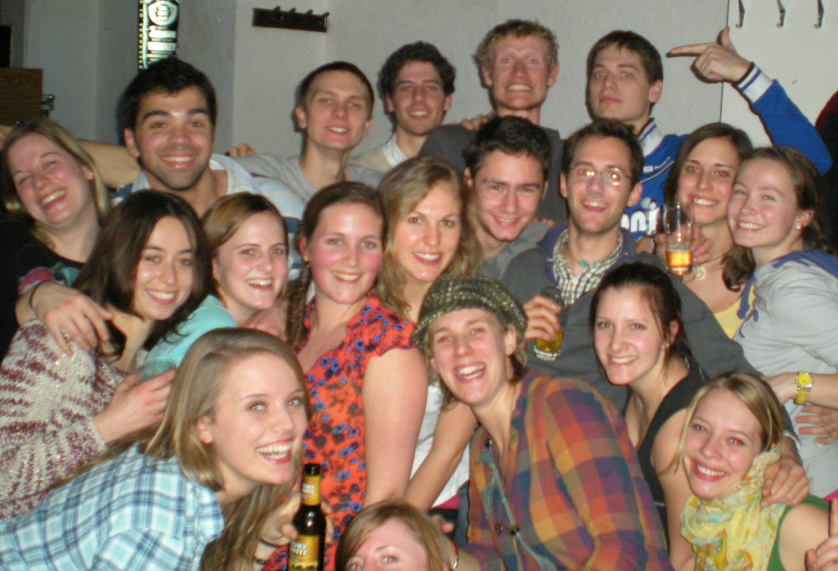 This January the European Confederation of Physical Therapy Students had its 3rd annual meeting in Leuven bringing together twenty seven students representing Austria, Belgium, Cyprus, France, Portugal, Switzerland, Netherlands, Germany, United Kingdom, Estonia, Poland, Romania and Greece. The meeting got off to an excellent start with students welcomed to Leuven in true Belgian style with an evening of socialising and Belgian beer tasting.
The main aims of the weekend were to introduce new members to the workings of ECPTS and to invite students to actively contribute to the future development of the ECPTS. The Saturday morning kicked off with a very motivational and encouraging speech from the dean of the Faculty of Kinesiology and Rehabilitation Sciences at KU Leuven Professor Gosselink. Professor Gosselink was very impressed with the work done by the ECPTS and delighted to see so many participants.
He expressed the importance and need for such an organisation to be in existence and that many students across Europe would benefit from the ECPTS.
Next was a presentation from the president of the ECPTS Matthieu Guemann who introduced the ECPTS and provided a history of how the ECPTS came to exist and what the future targets were for ECPTS. The weekend also proved to be very interactive for the participants with everyone brainstorming and collaborating to help define and set goals for the new working groups of the ECPTS. The students worked exceptionally hard and in just a short space of time three working groups emerged with a clear idea of how to take their respective working group forward. The three groups now in existence are as follows:
- Publications and Communication: what should be published and how?
- How to create a national students association: how can ECPTS support this creation?
- Students’ Mobility: How could ECPTS improve students’ mobility?
Following a highly productive working day everyone joined together in the evening to relax as well as show off their dance moves!
The next day students were back to work again with the Sunday being equally as interesting and productive as the Saturday. The ECPTS was very pleased to have Roland Craps vice chairman of the European Region or the World Confederation of Physical Therapy (ER-WCPT) as our second guest speaker. Roland introduced the work of the ER-WCPT and offered their help to the ECPTS. He then invited students for an open discussion allowing for them to ask any question regarding the collaboration or the ER-WCPT.
The last chapter of the day was a chance for the working groups to finalise their plans and present themselves to the other groups. The meeting concluded with thanks from the executive board and students left with energy and enthusiasm taking with them their ideas and projects.
The weekend proved to be a great success and had double the amount of participants than the previous year. It was an excellent demonstration of how productive and inspirational students can be. There were many new ideas exchanged and the enthusiasm and professionalism was outstanding. As a result of the weekend the ECPTS was able to establish new working groups, redefine its working structure and have a clearer vision of how to progress as an organisation and meet its aims.
The ECPTS would like to thank AXXON who provided financial support for this meeting as we were able to feed and water our participants throughout the meetings. We would also like to thank KU Leuven who offered us rooms for free as well as Prof. Gosselink and Roland Craps for taking the time to attend the meeting.
To hear more about the work of ECPTS and to keep up to date with our news you can visit us on facebook, follow us on twitter or you can find our website: www.ecpts.eu. Alternatively you can contact us: president@ecpts.eu.