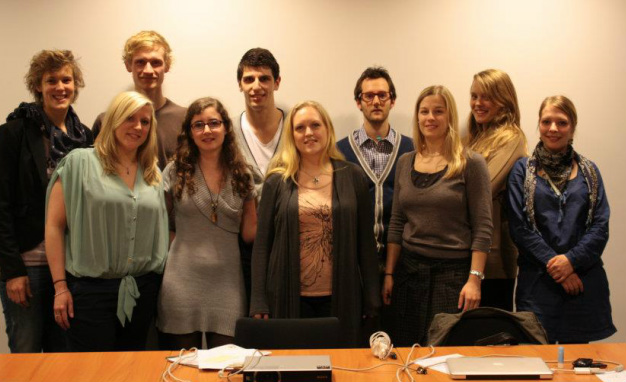 On the 3rd of March 2012 the members of the administrative board of ENAPT came together in Paris. During the weekend, organized by the Fédération National des Etudiants en Kinésithérapie (FNEK), this passionate and dynamic group of students formed a new confederation named: European Confederation for Physical Therapy Students (ECPTS).
Ten students, representing seven European countries: France, Germany, Switzerland, Poland, the United Kingdom, the Netherlands and Belgium, joined the meeting to discuss issues concerning physical therapy.

On Sunday the 4th of March the administrative board elected its new President (Matthieu Guemann, France), General Secretary (Henrike Greuel, Germany) and Treasurer (Kate Carstairs, United Kingdom).  This board is joined by core members who will act in supporting roles involved with communication, project coordination and media representation.

The ECPTS plan to undertake a number of projects, including creating a website, forum and Skype community. Core student members from Belgium, the Netherlands, Switzerland and Poland, have an essential role in constructing strong national student organizations. The ECPTS supports these students and pledges to provide information and coaching for this task.
ECPTS core members will meet at least one weekend per year, and inbetween these meetings will regularly discuss plans, issued and projects via email and Skype.  They will also attend Physical Therapy conferences so that students will be represented on these events.

This exciting development illustrates the innovative and enthusiastic nature of physical therapy students from across Europe! The dedicated group looks forward to the official launch of the European Confederation for Physical Therapy Students!
Powered by